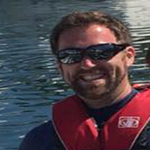 William "BILL" J. Durnan was born in New York, New York in 1986. Having grown up in the eclectic city, art had overpowered his childhood. At the age of 10, he purchased his first camera with money from his earnings shoveling snow in his neighborhood. ûUpon moving to Arizona for high school, his passion for photography only grew after visiting many of the landmarks in the desert southwest. After high school, Durnan attended Arizona State University and earned a degree in Business Management, and completed an MBA in Entrepreneurship three years later. When asked about why he made the decision to pursue business rather than photography, he stated, I did so in the name of photography to make the biggest impact on my small business, others small businesses, and encourage even more people to get involved in following their passions to create a life they have previously only dreamed of. He went on to explain his plans to write a book on taking photography from hobby to profitable business, while also drawing up plans for workshops and a YouTube channel for instructional support.