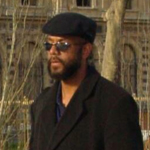 He and his wife Deloise owned and operated an Aurora fine art gallery from 1990-1997.  He participated in the CCAF for the 1st five years of its existence and was featured in a one-man 30-day art exhibit in 1993 at the Town Hall of Littleton.  Because of his love of music, he created the playbill “It Ain't Nothin But The Blues” for the Denver Center for The Performing Arts.  The play was nominated for a Tony Award.  Special gallery articles have appeared in the Rocky Mountain News Spotlight from 1992 to 1995, including the article “A New Genre”.  Also, featured in the Christian Science Monitor “Precision in a Watercolor World” March of 1993.  His art was exhibited in the concourses of DIA in a display titled “The Soul of Colorado”.

As an art instructor for the City of Aurora, his classes are geared for elementary age and recently adult ages classes in sketching and watercolor.